Going under the hammer

Auctions are becoming as increasingly popular way to not only get your property sold, but get it sold at a good price!

The natural competitive nature of humans can get vendors a substantially better sale price! Data from CoreLogic RP Data found that property sold under the hammer consistently beat prices sold via private treaty. In some of the more ‘auction-friendly’ suburbs the difference can be as big as 20%, houses in Doubleview average $770k at private treaty but $930k at auction!

Perth Real Estate agent Mark Passmore says that the competition that auctions create tend to make sure property as priced correctly, especially in this current buyer’s property market. Homes with stylish and unique features are especially going well under the hammer, with buyers feeling the rush and impulse that an auction can bring.

While some vendors may look at an auction as a risk that a buyer may not pay the maximum that there were willing too. The fact is the vendor is always protected by their reserve. They know how much they are willing to part with their property for and it won’t go for lower than that. If the reserve isn’t met, it is common for the buyers to be put in contact with the closest bidder so that they can potentially work out a deal.

Auctions are also are great way to get a quicker sale. Realmark managing director John Percudani said that now Perth property was taking an average of 70 days to sell, vendors should seriously consider the option. One Perth vendor sold his Mandurah property at auction for $2.5million after having his home on the market for more than a year! Mark Passmore says that it can create a buzz about a property that has been previously hard to sell. Buyers at an auction will generally also have easy access finance or cash, which means that settlement can come quick and vendors get their money quick!

Vendors and agents are now even starting to experiment with auctions often occuring on Sundays and even weekdays! Traditionally auctions are a Saturday event, but there has been a change in this trend, with Sundays especially showing a spike. One auctioneer said that if your property looks great in the twilight… why not take advantage of this and have your auction on a weekday in the evening?

The market is currently in the buyer’s hands and vendors need to do what they can to get the best possible price for their property. Auctions are hot at the moment, so take advantage and get your property sold! 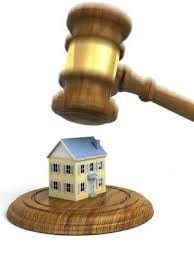